To ensure the silver palms fake Breitling timepieces to become protected, there are sloping angles available in about replica watches three timber veneers, all of which are evoking your luxurious decorations from the Bentley.
Italy targets 2020 targets on renewables. Istat numbers - Etacarinae S.r.l. Skip to navigation Skip to content 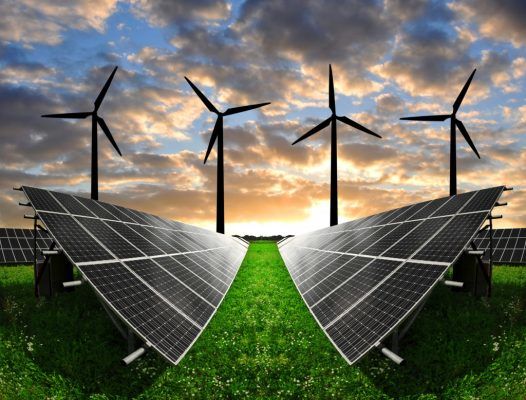 In the last ten years, the share of consumption from renewable sources in Italy has increased considerably, allowing the national target to reach its 2020 level (17%), starting in 2014. It is reported by ISTAT in the ‘SDGs 2018 Report’ which proposes an update and expansion of the application in Italy of the 2030 Agenda adopted in 2015 by the General Assembly of the United Nations composed of 17 objectives (Sustainable Development Goals – SDGs), declined in 169 targets, which refer to different domains of social development and cheap.

THE LAST TWO YEARS MARK A TREND INVERSION
The years between 2013 and 2015 are characterized by a slowdown in growth, while for 2016 the share of consumption by Fer shows a very slight decline, reaching 17.4%. The analysis of the ‘sustainable energy’ objective (goal 7) by ISTAT shows that in Italy the contribution of renewable sources to electricity production has grown rapidly over time, from 13.8% in 2005 to 37.3%. % of 2014. The last two years, on the other hand, indicate a reversal of the trend: the percentage of electricity consumption covered by renewable sources decreases to reach 33.1% in 2016.

VALLE D’AOSTA AND TRENTINO ALTO ADIGE AT THE TOP FOR CONSUMER OF FER
Italy is still in a position of advantage compared to other EU countries. In addition to Valle d’Aosta and Trentino Alto Adige (where renewable energy exceeds domestic demand), Molise (87%), Basilicata (81%) and Calabria (the regions that contribute the most to consumption from Fer electric) 77%). On the other hand, renewable sources are more scarcely exploited in Liguria (9%), Lazio (14%) and Emilia-Romagna (20%). Overall, the contribution of renewables to the electricity sector is higher in the South, where it reaches 42%, standing at 31% in the North and 28% in the central distribution.

CALM ENERGY INTENSITY
In addition to historically characterized by levels below the EU average and many of its main competitors, Italy has seen its energy intensity progressively decrease over time (between 2006 and 2016, from 13.2 to 98.4 kilograms of oil equivalent for 1000 euros of GDP). However, our country has progress over time below the EU average, recording a variation of -13% compared to 2006, compared to an average variation of -18%.

STABLE THE SATISFACTION OF FAMILIES FOR THE ELECTRICAL SERVICE
On the other hand, household satisfaction for the electricity service is stable. The share of households that are very or fairly satisfied for the continuity of the electricity service, equal to 92.5% in 2017), shows a substantially stable trend starting from 2010. Finally, the share of the population that is unable to heat the ‘homes. Italy sees a substantial increase in the share of the population that has difficulty adequately heating the dwelling between 2009 (10.8%) and 2012 (21.3%). The last four years mark a reversal of the trend and the indicator decreases to reach 16.1%, however, placing itself above the pre-crisis values.